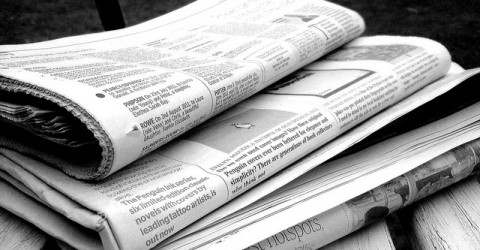 This option is one which has the advantage of being able to write on many different subjects and have your by-line attached to articles on a weekly basis.

This is how I started out, many years ago, when I got the job of Community Correspondent at my local newspaper, a fancy title which basically meant I would cover events and news in my local area.

I would earn back my expenses plus a fixed fee for each line and picture; ten years ago, it was ten pence a line and five pounds for each picture. Needless to say, I would always use thirty words where twelve would have covered it and always submitted loads of photos, but it was the only way to make any money, particularly as I was freelance. At the height of my newspaper writing, I was having two or three articles published every week and was earning enough to pay a few bills; but it took many hours to put together a good story, so if I was to break down my weekly earnings into an hourly rate, I probably would have been working for pence per hour rather than pounds. On the plus side, I had my name on many by-lines and was able to write on many interesting subjects, interview many interesting people and build a decent portfolio, which still serves me well today.

So, how do you go about starting out in the local rags? Well, firstly and most obviously, you put together a contact list of editors of local newspapers, magazines and even parish publications. Then you ring them. I know, I know; we writers don’t like to actually speak to people, but it is a necessary evil in this instance. It is important to be prepared before you make the phone call; nothing will put an editor off more than some unknown incompetent who blatantly has done no research, claiming to be the next star journalist. You will need to demonstrate that you are very involved in your community and also that you can write to the specifications of the newspaper; it may seem obvious but the style of news-speak is different to the style of writing used in novels, and you may find it difficult to write so basically. Your inner author will be crying out for attention all the time you are writing the factual details of the Morris dancer reunion at the local village hall, but you have to stifle your natural literary style and stick to the facts.

If you can convince an editor that you can write a decent article, he or she may be prepared to give you a shot. If you are feeling particularly confident you can suggest that you be paid the going freelance rate, but it may be more beneficial at first to offer to write a piece for the by-line initially, then discuss payment when you have established yourself as a decent contributory writer over a period of a few months. It really does depend on each individual editor as to what they offer you, if anything, so it may be worth writing a few sample pieces to show what you are capable of; but beware of writing too floridly as this is not what local news editors are looking for. Stick to writing factually and lucidly and you will impress.

It is also important to keep your own point of view to yourself when writing newspaper reports. The readers don’t care what you, the writer, think about anything; they simply want to read an unbiased account of an event then make up their own mind what they think. Your personal opinion is totally unnecessary when reporting local news and your piece won’t make it past the editor’s desk if you put a personal slant on everything you write.

If you really want to write from a personal viewpoint, after you have established yourself as a regular contributor, you may feel you can approach your editor with some ideas for a column. If you flick through any local weekly you will see several columns on several subjects written by different writers. These are often written by freelancers with a particular field of expertise, for instance a quick flick through my local reveals columns on the diverse subjects of country walks, making produce for farmer’s markets and the diary of a smoker detailing his attempts to give up his habit.

The other thing you can pick up through writing for a local newspaper is contacts. If you believe the adage, ‘It’s not what you know but who you know’, then working in the industry, even as a lowly freelance contributor, can give you access to some very useful names and numbers, and the fact that you already work in the media gives you a toe in the door. I managed to get an interview and photos with Peter Andre at a concert he performed locally, and sold the resulting stories and photos to three different newspapers. I made enough money to buy a new computer; so thanks for that Pete. Not everyone’s idea of a journalistic scoop, but hey, my daughters were pretty impressed.

During the years that I have been supplementing my writing with newspaper reporting, I have written many front page and centre spread features, written my own column and interviewed numerous interesting people. It’s been great experience and a lot of fun.

This is definitely a good option to explore, and there is a lot of fulfilment to be had from being a reporter for events in your own community. It is a bit pot luck as to whether your local newspapers use the services of freelancers on a regular basis, but bite the bullet and make those phone calls; you won’t know until you ask.

0 shares
No comments yet