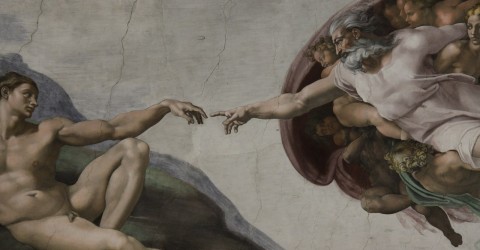 Everywhere we look people are advertising their creative wares and trying to sell their art as if it’s crafted in melted gold with a diamond topping. Creativity is what sells, we are told, and people are encouraged to go after their passion and monetize it as if it really were that easy. Unfortunately, we are actually being sold a lie. Yes, there are the fortunate few who can quit their day job and make a million from selling their craft, whether that’s writing, painting, jewelry making or hand-knitted jumpers for dogs, but they are in a splendid minority; and that minority is absolutely tiny.

The truth is, we are being led to believe that what we create is somehow special and we are somewhat gifted to be able to produce such fine work. I’m not really very sorry if you suddenly feel your work is being demeaned by what I’ve just written; I’m stating a truth that we all seem to have forgotten and that is that an awful lot of people have the creative ability to produce something beautiful, whether that’s music, poetry or art. We seem to be in a very egotistical space where we expect that our work should be rewarded and idolised when in fact our product is probably no better or no worse than a million other products out there. This is the age of believing we have something unique and special to offer; and obviously we do because we are all individuals, but there needs to be some perspective.

I know, because I have met many of them, that many artists and writers believe that they somehow do something that is slightly out of the ordinary, special and elevated above the norm, and that’s true to a certain extent, but from an entrepreneurial perspective, how does the fact that you sit at a keyboard for hours every day make you any different from someone who, say, takes in ironing to make a living or walks other people’s dogs for money. The chances are very high that you would probably earn far more money from ironing or dog walking. Do you want to know how to make even more money? It’s really simple; you create a course, book or video on how to make money from your passion and you sell it to people who want to believe that they can genuinely make money from their passion; let’s face it, there are millions of them.

Here’s food for thought; when Michelangelo painted the ceiling of the Sistine Chapel between 1508 and 1512, he was considered a mere tradesman; a talented artist, yes; but they were two a penny and they were treated as just any other worker, no more or less special than the man who polished the silverware. Thankfully we have come to realise how genuinely talented these artists were and we now appreciate the incredible genius, but true artistic genius is relatively rare. The artists with similar acclaim to Michelangelo number in the hundreds, but over many centuries that really isn’t a huge number. The same goes for authors; real masterpieces don’t appear very often and there are very few writers actually living off their publishing income compared to those who struggle to make enough to fill their car with a tank of petrol once a month. We are constantly being encouraged to believe that we can be one of the elite, when in fact, the likelihood of that is minimal. I can’t be the only person who has listened to and read advice from many of the ‘live your passion’ brigade encouraging us to chuck in the day job and follow our dreams because the money will follow. I seriously hope that nobody would be that stupid; again, you will always hear the stories of those who did just that, but you won’t hear about the people who tried it and lost everything; however, they will be the majority.

This is the point I am trying to make; there is a dangerous lie that your artistic creative pursuits are what will secure your place in the special space occupied by successful individuals who have made it work for them, and indeed, many entrepreneurs have carved themselves a niche that is profitable; but the truth is you have to beware of believing that this is what will inevitably happen to you. It’s okay to believe that it could happen, but don’t make the mistake of believing that it should happen. There is a huge difference.