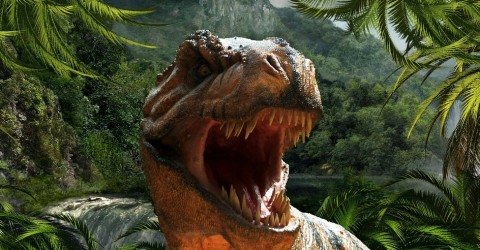 So I have been on this self-publishing journey for a few years now, starting off in journalism and then breaking into Kindle publishing with barely a whisper. I don’t think anyone knows I’m even there, hidden as I am behind the Amazon muck pile of written slurry. I’m not remotely bitter about this; I chose to write about things that have meaning for me rather than write the dross which dominates the market, but I pay the price for my discerning choice; and that price is fewer downloads.

When I was still studying English, back in those heady days of education when I thought my written words would be my fortune, one of the most interesting studies we conducted (apart from how many Jaffa Cakes you could fit in your mouth at once without gagging: answer: three) was analysing the typical language used in daily newspapers and the age groups that could understand it. Unsurprisingly, newspapers such as the Guardian and Times used language aimed at people in their mid to late twenties and upwards; whereas the written language used by the Sun and others of that ilk, was actually analysed at being suitable for age seven and upwards. Now, which newspaper was the best-selling that year and probably most years since? You guessed it; (well, maybe you didn’t if you’re a Sun reader).

In 2013, the Sun readers swarmed in their millions, 12.4 million to be precise, to find out who Kerry Katona was married to for the twelfth time, how large in inches Kim Kardashian’s bum was and whether or not Charlotte Crosby had wet the bed while drunk again. If you don’t know what on earth I’m talking about, you may be one of the 4.3 million Times readers or 2.7 million Guardian readers, but sad to say, you are largely outnumbered. Obviously these statistical gems are based on UK newspapers, but I’m willing to bet that the same applies in every newspaper-reading country in the world. So given those statistics for the reading population of the UK, how does that translate to books? Well I just have one answer for that question: Fifty Shades of Grey.

My hope for the Fifty Shades readers is that they were actually discerning book lovers who were only buying the book to see for themselves just how atrocious the writing is; well that and to enjoy the porn; but my fear is that here we have a prime example of how the book-buying population is actually dictating the way that the book-writing population leans. Any author who is in this for the money (haha!) is going to take a close look at consumer demand and write to that remit; romance is the biggest selling category on Amazon so romance writers stand a better chance of selling their books; simple. This is where you pay your money and make your choice: do you write a silly love story which takes no more effort than chucking together a few clichés, or do you stick to your principles and pour your heart and soul into the pages of your literary masterpiece in the hope that one day your anguished commitment to the art will be recognised? Well I tend to be an advocate of that evergreen writing phrase, ‘murder your darlings’ because at the end of the day, I need to make a living.

Obviously there are some very good romance writers and some very intelligent romance readers, just as there are fairies at the bottom of my garden; whoops, it appears I’m being deliberately inflammatory here. Now why would I be doing that? Well, I like to think I’m holding fast to my principles about writing; producing good quality work, giving value to my readers however few and far between they are, and always believing that talent, uh, finds a way (rather than ‘life, uh, finds a way’, Jeff Goldblum’s awesomely delivered line in Jurassic Park. Oh, and when writing this, I was so preoccupied with whether or not I could that I didn’t stop to think if I should; yeah more Jeff Goldblum in Jurassic Park.

Anyway, RIGHT HERE is the real reason I decided to write this. Please don’t hate me; or do; but let me know what you think.