HOW MUCH DOES THE AVERAGE SELF-PUBLISHED KINDLE AUTHOR MAKE? 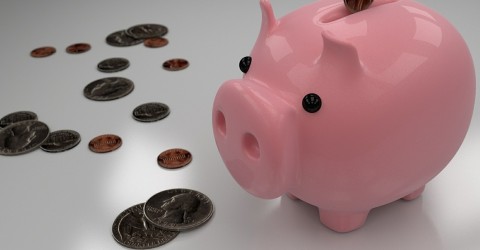 So we have all seen the stories of the self-publishing superstars who propel themselves to massive sales and cult followings, but how much should you realistically expect to make when starting your self-publishing career?

EL James has been one of the biggest success stories with her ’50 Shades of Grey’ trilogy which started off being self-published and was then picked up by traditional publishers, but she is one of only 10% of the best-selling authors who are claiming around 75% of the revenue from the Amazon Kindle author program. That leaves just 25% revenue for the other 90% of authors.

Breaking that down even further, your chances of earning some of that meager Amazon fund are affected by the genre you decide to write in. Romance gives you the best chance, while literary fiction gives you very little chance of making a fortune, with science fiction and horror being somewhere in the middle. It is not surprising to learn then, that the majority of authors who write Kindle books are barely making enough each month to fill their car with petrol or feed their cat.

Luckily, money isn’t always the main goal for self-published writers. Many of the 90%ers still plug away at their computers, hoping that their next work will get them discovered. A good majority of them will be writing because it is their creative outlet, something they absolutely have to do. For many, simply seeing their book in virtual print is reward enough; and it certainly is an achievement to follow through and complete the writing of a novel or a non-fiction help book when the vast majority of people who claim to want to write a book never actually do it. Also, let’s not forget that among that 90%ers there will be many amateurish authors who produce very amateurish books, so the statistics are hardly surprising; traditional publishers at least provide an assurance of quality, something which Amazon can’t always do.

The final thing to consider when you decide to become a Kindle author is that achieving even a modicum of success may take many years and many books. To believe that you can write one book and live off the proceeds is just a complete delusion, but there are those once-in-a-lifetime lucky lightning strikes that we read about and yearn for. Its fine to have that dream, but while you are waiting for your masterpiece to go viral, keep writing and graciously accept the fact that Amazon is at least paying for your cat food.