KINDLE AUTHORS WHO HAVE MADE IT BIG 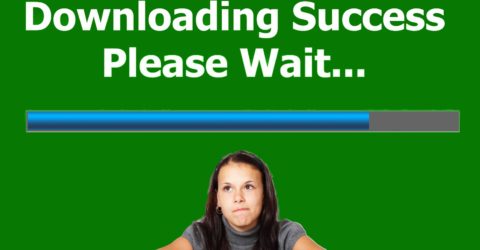 When you think of the hundreds of thousands of self-published authors all taking to Amazon to publish their potential best sellers, how many would you guess have actually sold a million-plus books, the figure universally recognised as ‘making it big’, in the last five years? Would you guess maybe a few thousand? A few hundred? Well the actual total is nearer 40.

This is probably enough to make you suppress your literary urges, click off the page and search the nearest jobs online pages. It seems that Amazon’s payments of around 140 million US dollars to self-publishers each year are going to an extremely small percentage of authors, but while still being dismissed as a low quality version of print publishing, Amazon offers what once seemed impossible: an audience. This is what keeps authors battling against the odds to publish their work, and it has to be said that a good percentage of those authors should be sticking to their day job; but Amazon Kindle is surprising experts in the publishing field and becoming a recognised force to be reckoned with.

Despite a distinct lack of quality control in the self-publishing market which affects author credibility, lines are being crossed as many traditionally published authors are turning their back on the restrictive practices of publishing houses and opting instead for the full control of self-publishing. These authors are quite spectacularly successful, proving that quality is definitely the key to writing a best-seller, but there are a few examples of ‘the lightening strike’, where an unknown author becomes an overnight success. These include E L James with Fifty Shades of Grey, Hugh Howey with the Wool trilogy and Amanda Hocking with her Young Adult series, the Trylle Trilogy. These authors have since signed traditional book and film deals, but it could be argued that without the opportunity to self-publish, they may still be receiving rejection slips in the post.

So with a view to making this list, how many books will you need to sell? Well a conservative figure would be 2000 copies in a 24 hour period. To hit Number 1 on the Bestseller list you would need to aim for 5000 copies in a 24 hour period. Amazon likes to see large numbers being sold in a short space of time; that’s the reason some authors hit the top ten with a new release, then sink away faster than the Titanic. At least any further marketing of the book can include the words: ‘Amazon Best Seller’ even if it was only for a few days. It’s certainly a rather ambitious target, given that statistically as many as 90% of books will make less than £100 a year, so your choice is either to worry about the average or forge on regardless. The traits that every Amazon bestselling author will have in spades are tenacity and the ability to believe in themselves; if you don’t have those qualities, the odds are stacked against you even more.

The best way to give yourself a fighting chance to get somewhere on Amazon’s Top 100 is to do some research before you even start writing. You need to look at the bestsellers in your genre and work out why they are so popular. The easiest way to do this is to look at the reviews; this is so you can find out what actual readers are enjoying about the books and what they love or hate. Books that are already in demand and selling well will leave obvious clues, so you need to look for them if you want to emulate their success. This isn’t about copying the ideas; that ship has sailed in just about every genre ever and you will probably never come up with an idea that hasn’t already been thought of, but you can copy the aspects that readers expect to see in their chosen genre. This is simply giving readers more of what they want to read, and let’s face it, you could struggle for ten years to write a fictional masterpiece about every day life for the people on board a spaceship, but if nobody wants to read that, you’ve just wasted ten years. Stick some aliens on that spaceship, or even rampantly sexual vampire aliens, and you suddenly have an in-demand book. It seems obvious to say ‘Do the research’  but so many authors write what they think will be interesting without really accepting that they are ignoring what is really selling. We can either lament the fact that we live in a society where Katie Price can hit the bestseller list or we can accept that being a writer sometimes means swallowing our literary snobbishness and writing that trashy novel we secretly want to write; the other option is to retain our principles and write only the best literary work we can produce, ever hopeful that one day we will hit the bestseller list. I would definitely rather be the next Nora Roberts or JoJo Moyes, but the unfortunate truth is, mutant ninja aliens is the way to go if you want to stand a good chance.